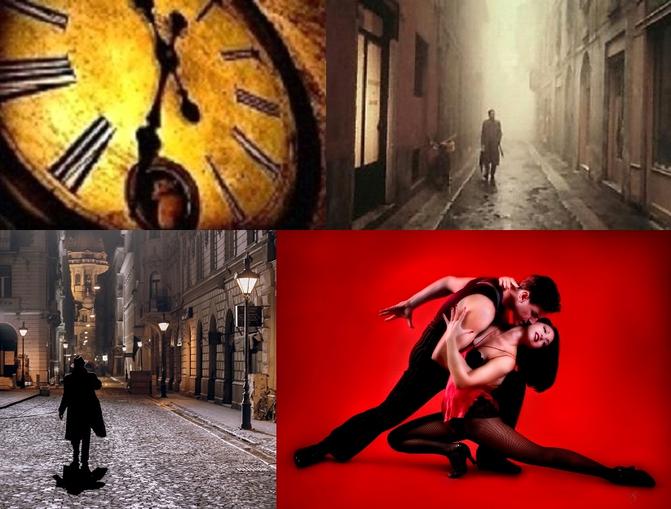 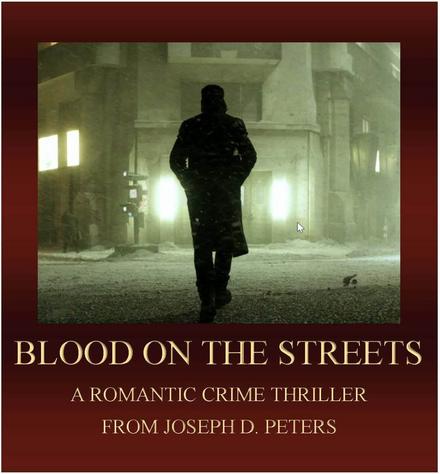 "A Silence Within" - is a psychological suspense thriller about a troubled woman who commits a series of crimes and is forced to flee back to the city where she encounters her twin sister, her past, and murder.  This film includes a completed script, completed storyboards,  haunting, romantic score, and will be shot in English and dubbed in all languages. 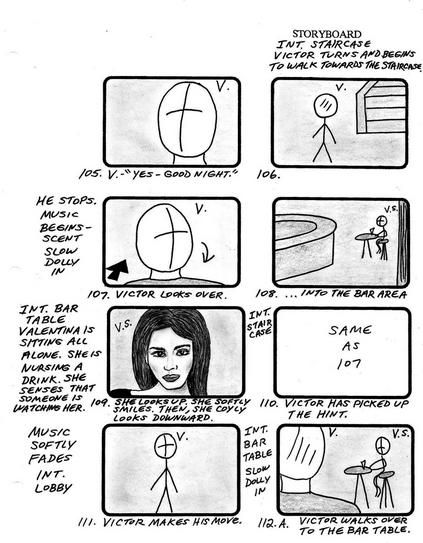 ​"Tango Rendezvous" - is a romantic noir thriller about a lone assassin who returns to Buenos Aires, Argentina to eliminate the head of a corrupt corporation but takes a fatal detour when he meets and falls in love with the businessman's mistress in a nightclub called Tango Rendezvous ... where no one can be trusted.  This film includes a completed script, completed storyboards, romantic cinematic score, shot in English and dubbed in all languages. 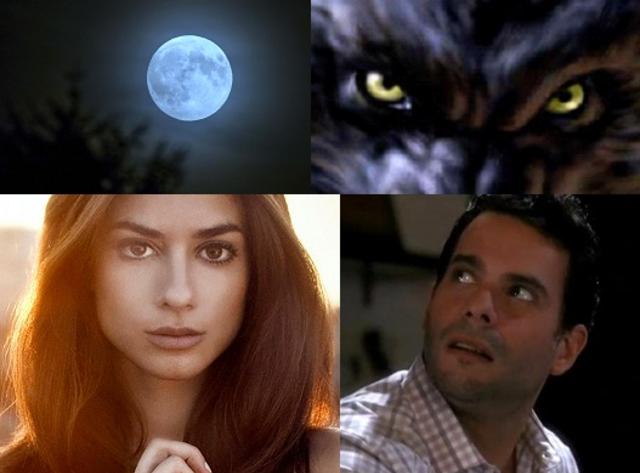 "Tango in the Dark" is the story about a man’s journey in search of his first love, it is the story of Carlos, a 20 year old Spaniard from a wealthy family living in Argentina, who falls in love with Marlena, a 20 year old who works in the local clothing factory and lives with her family on the outskirts of Buenos Aires.  Carlos and Marlena may speak the same language, but they are from different cultures and backgrounds.  Although their love for each other is very deep, they cannot escape from their families’ emotions of hate and distrust. An ultimatum is given and their young love for each is shattered.  Ten years pass and Carlos has returned for Marlena. Both of their lives have changed. Carlos has prospered, but is alone. Marlena has dreams of a better life where she can start her own business, but she suffers under the tyrannical dictatorship of a local businessman in the city of Sueños (dreams). 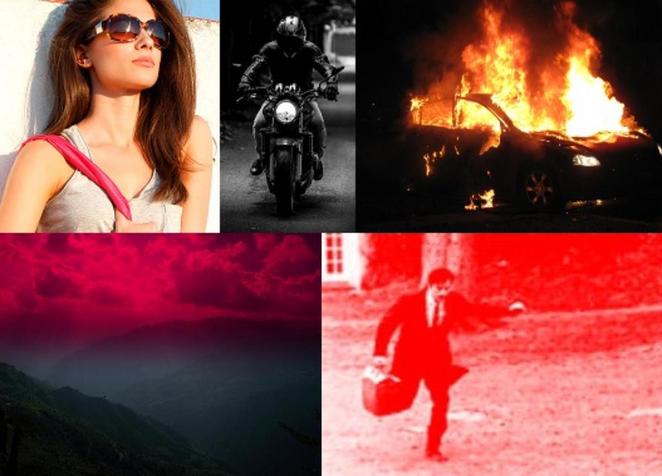 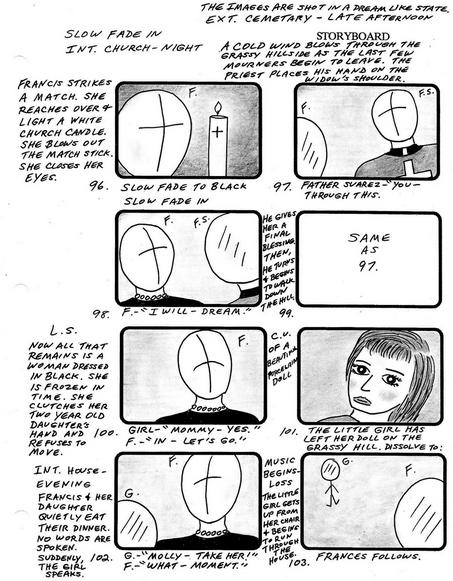 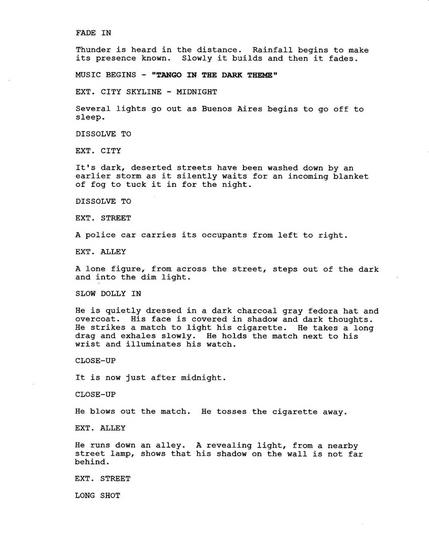 Click here to listen to three demo music samples: "A Silence Within Theme",

"Tango in the Dark" 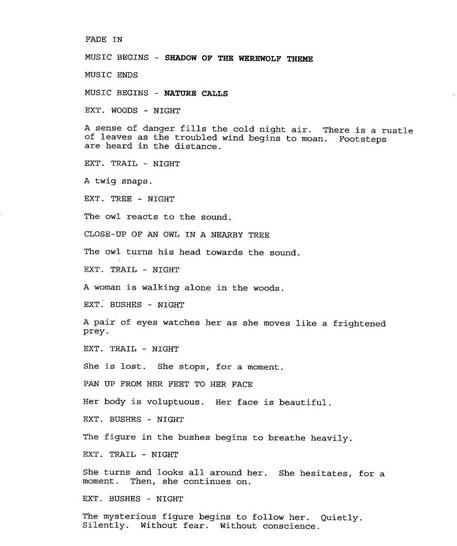 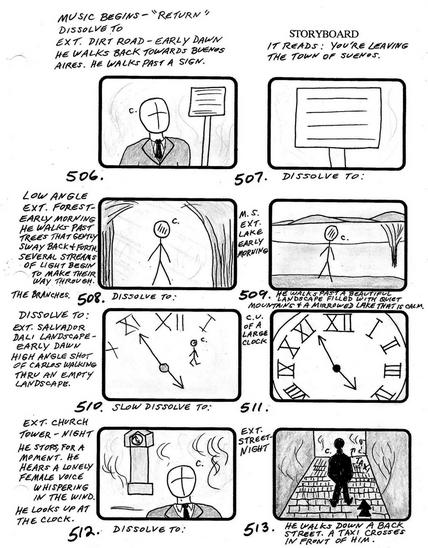 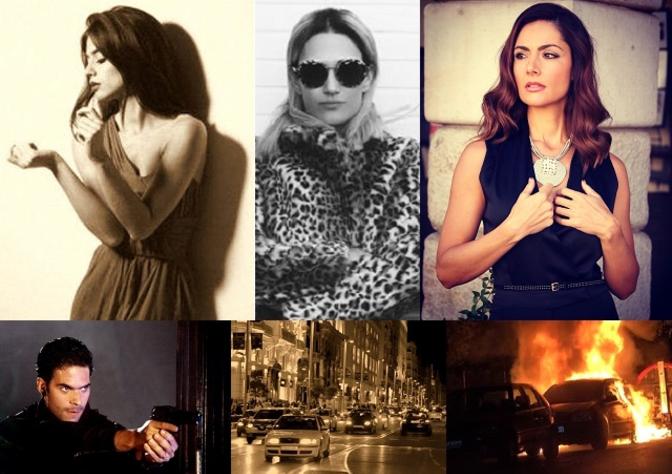 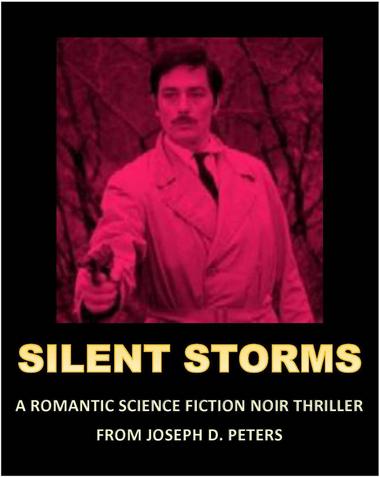 "Silent Storms" is the story about Vincenzo Falcone, a successful businessman from Madrid, who falls in love with Gabriela Miró, a beautiful fashion model. Vincenzo is visited by Sergio Roca, a ruthless and corrupt police captain and his men. Gabriela is missing. Vincenzo is placed under false arrest. Behind bars, he learns of an international plot to murder Gabriela and overthrow the government. He escapes by stealing a police motorcycle and is pursued into a mysterious and dark forest. Vincenzo sees a strange red storm cloud in the distance. He reluctantly enters and finds himself in another dimension as he begins to travel back in time. He takes refuge in his co-worker’s cottage. When he rejects her sexual advances, she betrays him. He is pursued by a professional assassin. He escapes and hides out in the local pub where a television broadcasts that Gabriela has been freed. So, he once again enters the red storm cloud and travels back to Madrid. He dons a disguise and walks past a news stand. His face is on the front page of the newspaper. He is now wanted for the murder of his fiancé. Vincenzo is once again on the run for a crime he did not commit. He must find the answer to this unusual mystery or face an uncertain future. His death. 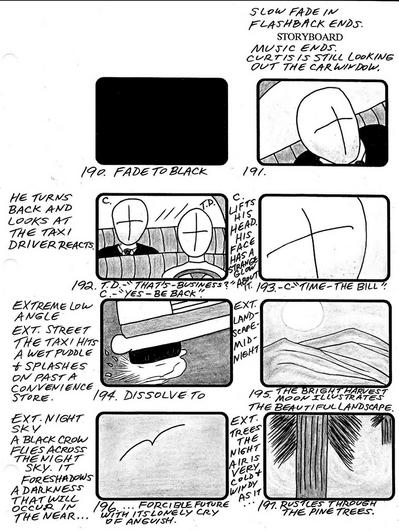 "A Silence Within" is the story about a disturbed Hispanic woman whose life is spiraling downward in a pattern of destructive behavior.  Both Fabiana and her twin sister, Sabina are tormented by their childhood memories of an abusive father.  While Sabina remains good and faithful to the church, Fabiana turns to a life of crime and is forced to change her identity and flee back to the city. Fabiana is able to find work as an opening act in a night club and engages in a torrid affair with a handsome nightclub singer.  But, in a moment of passion, she once again turns to crime and walks down a one way street of no return. What follows is a series of twists and turns that will finally settle the question of … who will live and who will die! 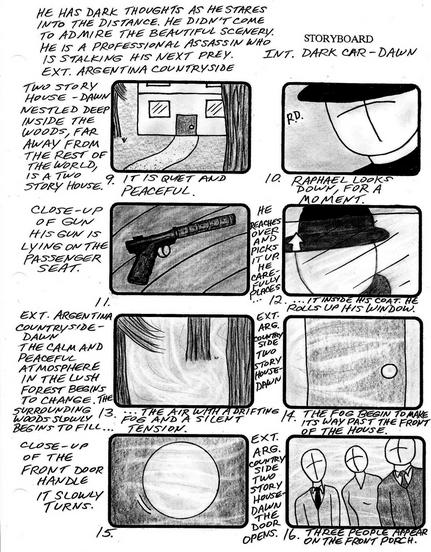 "Blood on the Streets" - is a romantic crime thriller about a mysterious detective, a beautiful woman, and a criminal family in Madrid, Spain who launches a bloody war when someone crosses over to the other side and commits the ultimate sin of betrayal. This film includes a completed script, completed storyboards, soaring cinematic score, and will be shot in English and dubbed in all languages.

I am the writer, producer, and director of our feature film projects that are designed for the Latin market.  We have traveled to several places to scout locations. We have met with actors, talent agencies, and production companies.  These places are known for having a very well-established film infrastructure as well as their own local cast and crews.  Once we are funded, we will begin our preproduction and production schedule.  All of our films will be shot in English and dubbed in all languages in order to reach a worldwide audience.  Below is our current slate of film projects which exist in various stages of development.​ 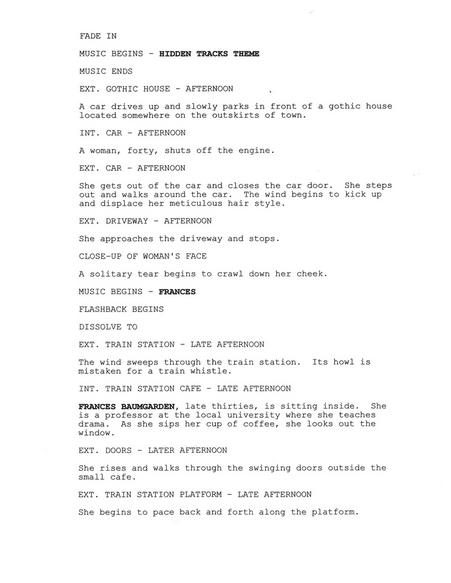 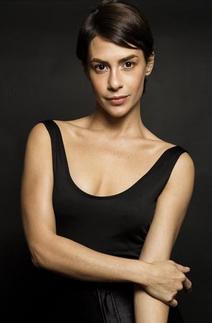 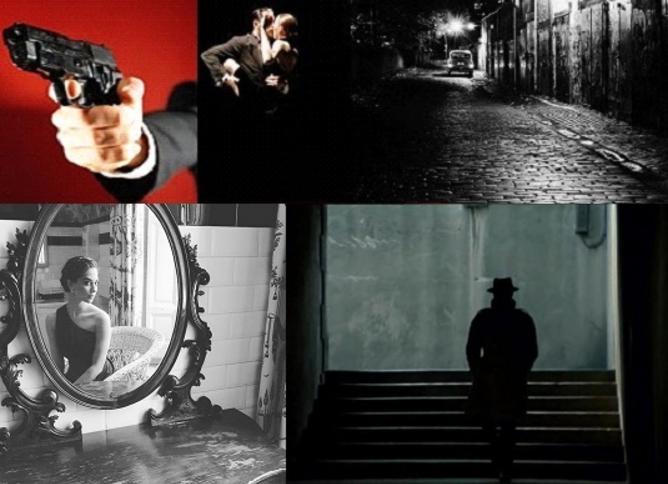 "Shadow of the Werewolf" is the story of Victor who is a troubled man in search of an identity with a world that is changing around him. He rejects his father's ambition to take over the city by destroying people's lives.  He also finds himself at odds with a spoiled fiance who cares only about a world of wealth and privilege.  He escapes into another world of peace and happiness at a bed and breakfast somewhere on the outskirts of town.  He meets and falls in love with the beautiful owner, Valentina.  But all is not what it seems.  His fate is predetermined as he goes into the woods at night.  He is bitten by a wolf, which transforms him into a creature of the night.  The prophesy of the Lobison has been fulfilled.  His life turns upside down and comes to a climatic ending ... or does it? 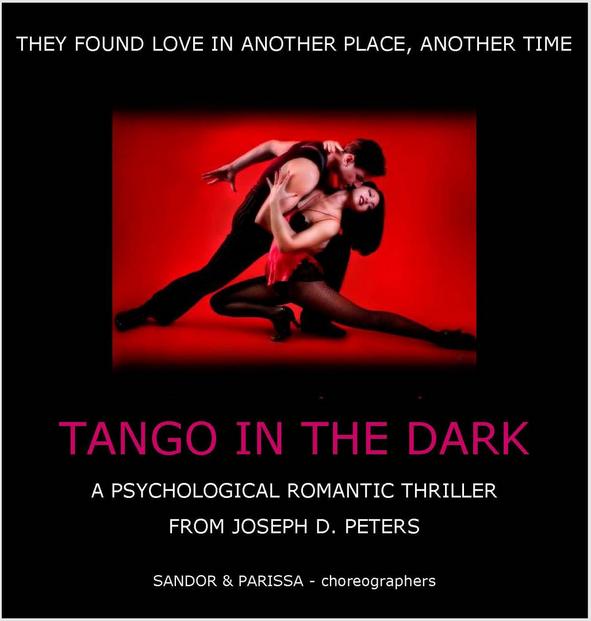 ​"Silent Storms" - is a romantic science fiction noir thriller about a man from Madrid, Spain who travels back in time to stop his fiancés murder but accidentally alters the future and becomes a fugitive on the run.  This film includes a completed script, completed storyboards, dramatic film score, shot in English and dubbed in all languages. 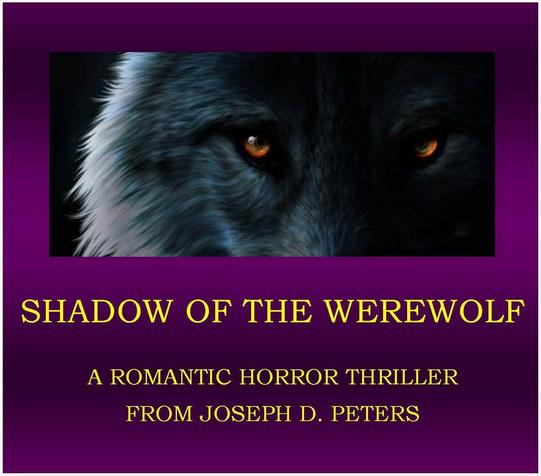 ​​​"Tango in the Dark" - is a psychological romantic thriller about a man who travels to an enchanted place in search of his first love but must return within twenty-four hours or he will die.  This film includes a completed script, completed storyboards, romantic cinematic score, and will be shot in English and dubbed in all languages. 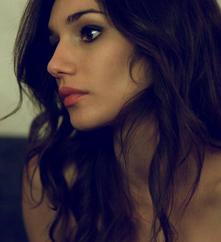 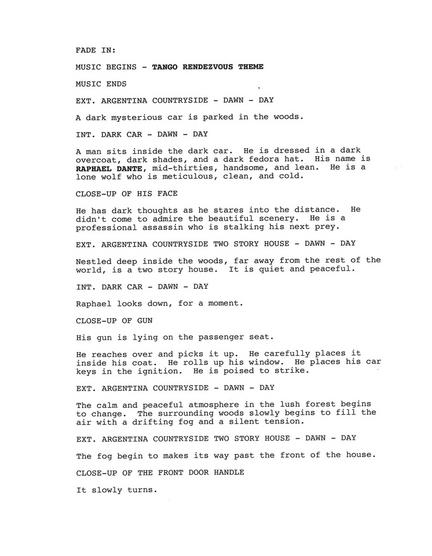 "Tango Rendezvous" is the story about a professional assassin, Raphael Dante, whose family is attacked in a dance hall.  He has been assigned by the agency to take out a corrupt businessman, Esteban Childreas who has escalated his threats of extortion and violent acts to the people of Buenos Aires. Raphael visits a night club called Tango Rendezvous where he meets the businessman’s mistress, Veronica back stage after her performance. They begin a secret illicit affair and they both fall deeply in love. Childreas send his thugs to rub out Raphael. But one of them falls for Childreas' wife and betrays him. The police captain has begun to investigate the killings, but secretly admires Raphael method of cleaning up the city of its criminal element. Childreas survives a hit on his life and confronts both his wife and Raphael in a final battle for survival.  But, what follows is a shocking ending with multiple twists and turns.

"Hidden Tracks"- is a psychological suspense thriller about a Hispanic family who moves into their dream house only to find that someone is living within its walls and doesn’t plan to leave … even if it means killing them.  This film includes a completed script, completed storyboards, beautiful, haunting score, and will be shot in English and dubbed in all languages.

"Blood on the Streets" is the story about a mysterious detective name Curtis Raven who falls in love with Sylvia Buñuel, a beautiful woman with a secret past. Sylvia is searching for her missing brother David. She hires Curtis to find him, but they come up against a ruthless crime family.  Franco Scala is the head of the family and will destroy anyone who comes across his path. Franco has escaped from prison and once again begins his reign of threats and extortion. Franco makes the fatal mistake of getting involved in a love triangle that quickly becomes entangled into a web of deceit and murder. He’s forced to hide in an abandoned warehouse with a hostage in tow.  Five years ago, Franco had left Curtis for dead in a dark alley. And now, Curtis has returned to exact his revenge in a fight to the death. But not everything looks as it appears and we are left with a surprising twist at the end.

"Shadow of the Werewolf" 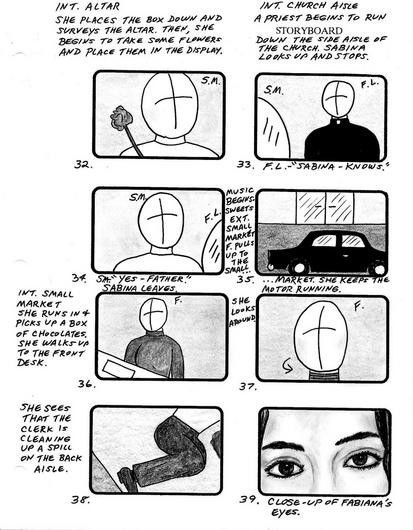 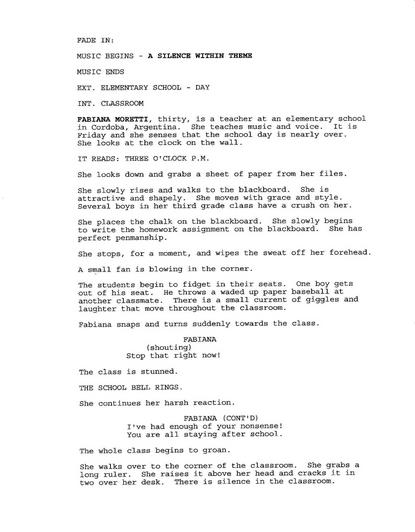 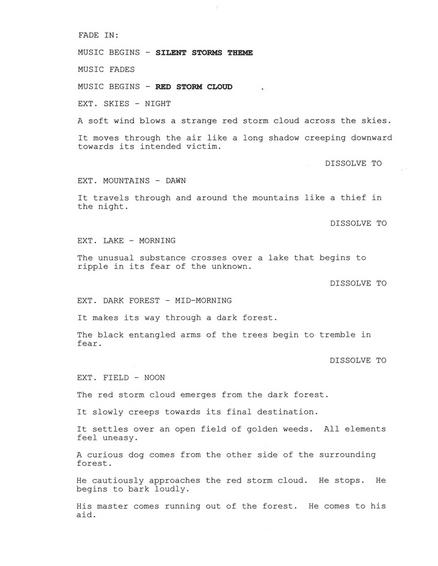 "Hidden Tracks" is the story of a widow on the edge, whose life turns upside down when she’s forced to sell all of her possessions, including her house.  A few months later, a businesswoman returns home, only to be murdered in the same house by an unknown assailant. The house is sold again and a Hispanic family moves in. After a series of mysterious occurrences, they sense that they are not alone.  Their young daughter meets and befriends the person who dwells within a hidden room. Finally, on a night of terror, the mother struggles to save her daughter from the widow who wants her little girl for her very own. 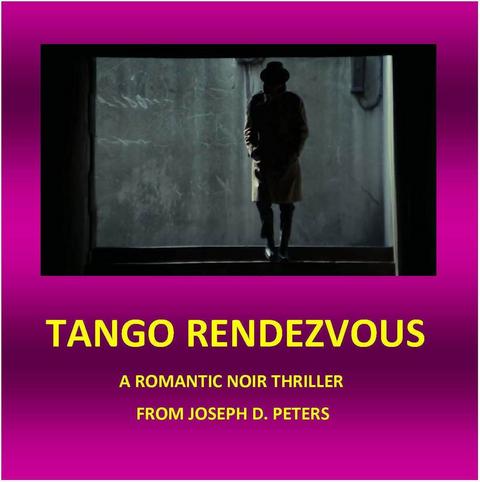 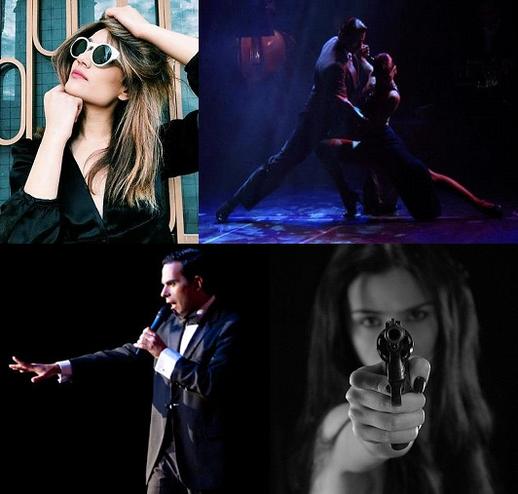 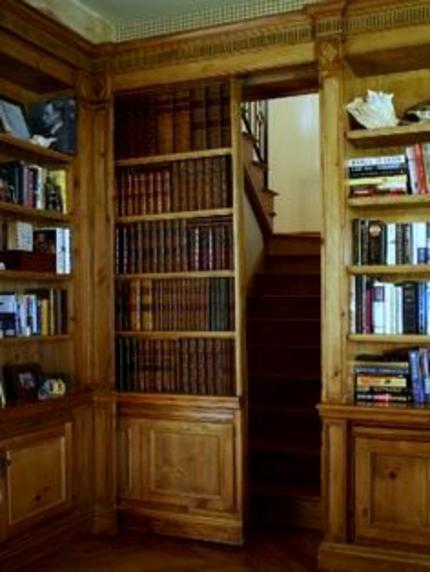 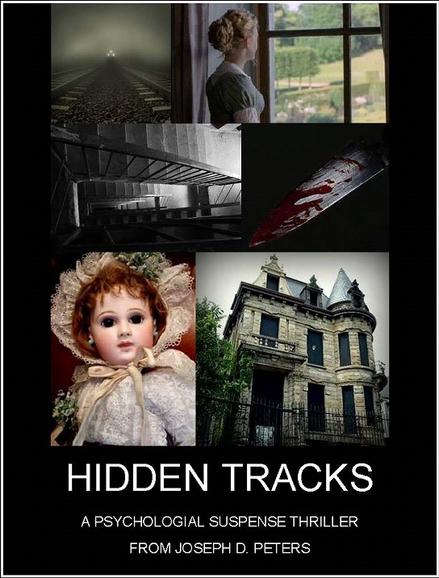 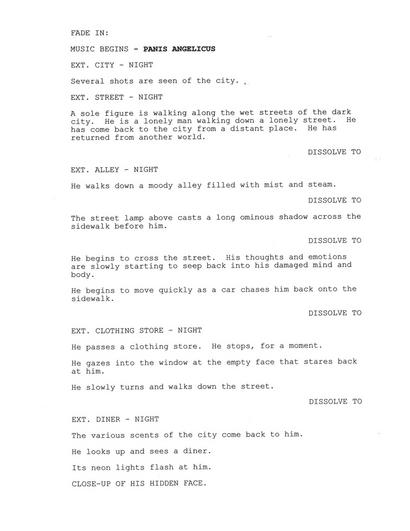 "Shadow of the Werewolf" - is a horror thriller and a love story about a businessman's seventh son who falls in love with a beautiful and mysterious woman but is doomed after he encounters a wolf in the woods and transforms into a creature of the night.  This film includes a completed script, completed storyboards, romantic cinematic score, and will be shot in English and dubbed in all languages. 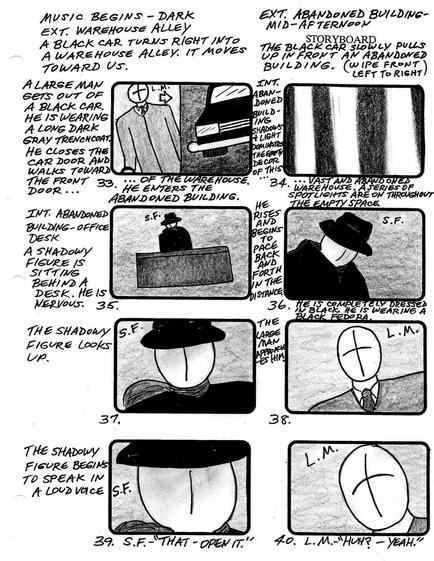 "Blood on the Streets" 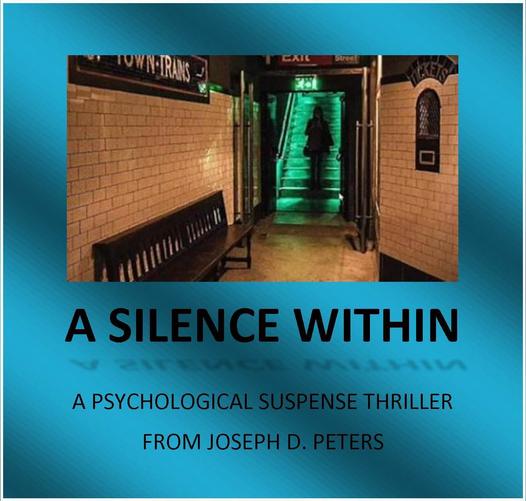